Please be aware that there may be slight delays in some areas.

The Road to Silver Gilt!

A lot of time and effort went into building our display for Shrewsbury Flower Show 2016, and it really showed! The genius behind the beautiful arrangement was our very own Jack Kitson, who along with his team spent months planning, and nearly as long planting it all up! The stall had its humble beginnings as a skeleton of wooden pieces in our stock area, here at our nursery. 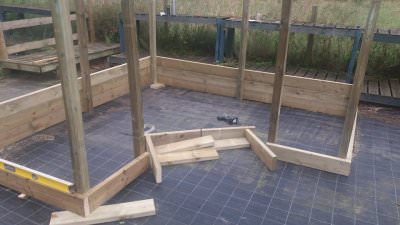 The design went according to plan, and the rest of the raised bed was built, and the arrangement of the paving slabs we were to use was chosen. It was decided to include a rope across the entranceway to make the garden look and feel a bit more enclosed, to emphasise the smallness of the display, to show that you can do a lot with a small space in any garden. Next came the most important part of the stand, the plants! Only the best looking varieties from the nursery were selected to hold their esteemed place in our stunning little garden, and although so much of the nursery was looking amazing thanks to the recent good weather, Jack and his team finally settled on which species and varieties they would include in their award-winning garden. 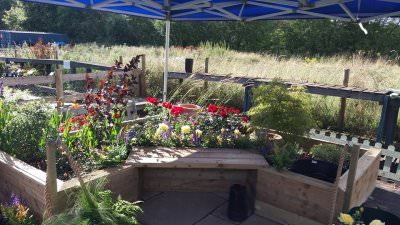 Highlights of the garden, according to flower show goers were the beautiful Rosa 'Bella Rosa' and the eyecatching Crocosmia 'Columbus', both pictured below. 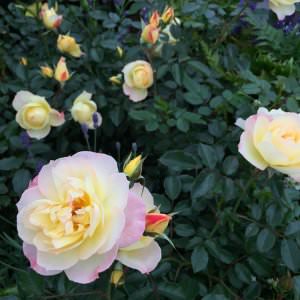 And of course, the finished product was stunning in itself, winning us a Silver Gilt Award! A step up from 2014 and 2015's Silver Awards. 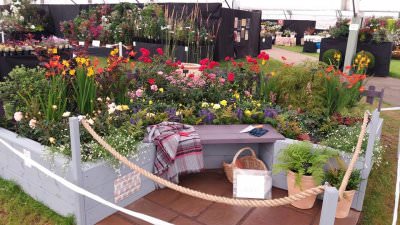 Congratulations to all those involved in the creation of our display, and thank you to the hundreds of show-goers that we spoke to this weekend who enjoyed our show garden! Our Simple Guide
to Rose Care